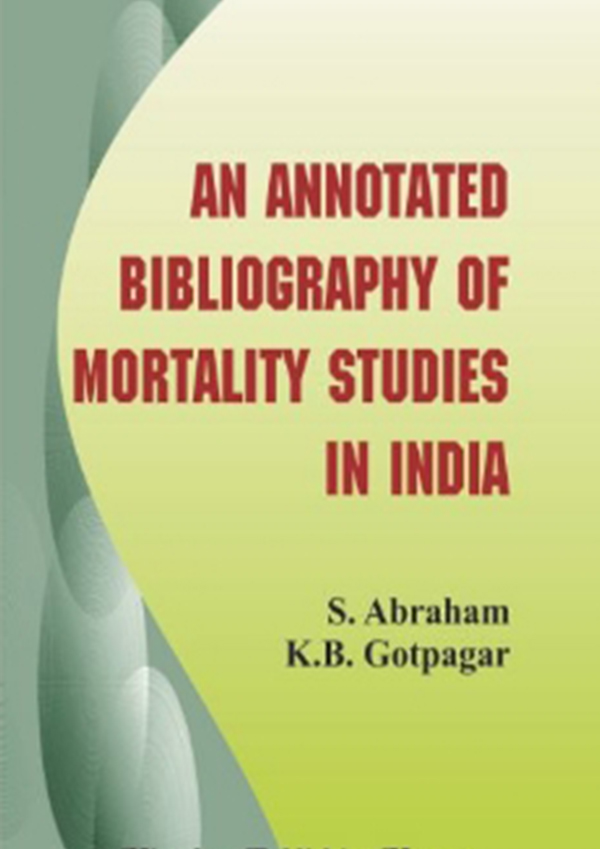 An Annotated Bibliography of Mortality Studies in India

The study oil mortality is of great concern and vital interest to public health workers and demographers throughout the world. Perhaps no component of human welfare is as highly valued as prolongation of life itself in the optimal state of health. Planning for improvement of socio-economic conditions in any population depends to a great extent on current data on levels and causes of mortality and future trends. Unfortunately, in most of the developing countries, a systematic study of trends, differentials and causes of mortality is handicapped by lack of complete, reliable and detailed time series data. India is not an exception to this. Further, the rate of infant mortality is considered to be an important indicator of not only the health conditions but also of the socio-economic status in a population. The decline in mortality, and particularly in infant mortality, is often interpreted as implying improvements in general medical care, improvements in environmental sanitation, nutrition, and socioeconomic conditions in general. Studies on levels, trends, and determinants of mortality can hardly be over-emphasized. The association between mortality levels and health programs is not as simple as it appears to be. A rapid decline in mortality levels has played a significant role in the acceleration of population growth in India during the past three decades, and this component will continue to play this Important role for many more years to come. In India infectious diseases have all along been great hazards to life and are considered as major causes of infant and child mortality. The need for a considerable improvement in the delivery of health care to protect the population from various infectious diseases still remains the dominant part of the public health programmes in most parts of the country. Restructuring of public health programmes calls for a good review of the changing age pattern and cause of death. The