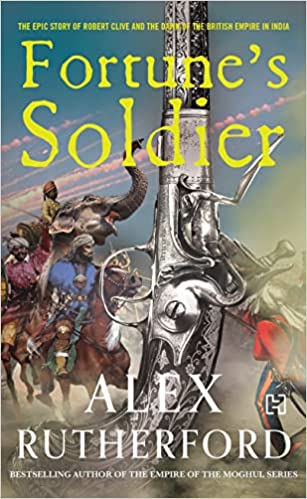 It is 1744, and Nicholas Ballantyne, a young Scotsman dreaming of a life as laird of his ancestral estate, finds himself quite unexpectedly on the Winchester, a ship bound for Hindustan, seeking to begin a new life as a 'writer' on the rolls of the East India Company. On board, he meets the spirited and mercurial Robert Clive, determined – at whatever cost – to make a fortune in a land of opportunity. Over the years that follow, their friendship sees many twists and turns as Clive's restless hunger for wealth and power takes him from being a clerk to a commander in the Company's forces, masterminding plans to snuff out rival French interests in Hindustan, and eventually leading the Company forces to victory at Plassey, the prelude to nearly two centuries of foreign rule in Hindustan. Brilliantly crafted, and bringing to life the momentous events that shook India in the mid-eighteenth century, FortuneÃ¢â‚¬â„¢s Soldier is an epic tale of a fascinating era by a master storyteller.