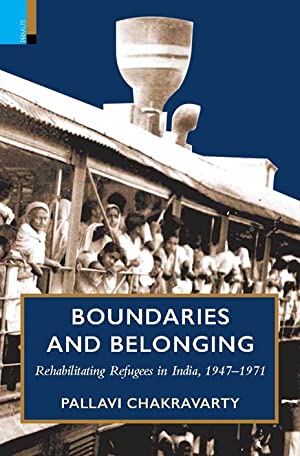 What were the perceptions of the Indian state regarding the refugees from West and East Pakistan? Was there a difference in the policies implemented to integrate them into the newly formed republic of India? Boundaries and Belonging: Rehabilitating Refugees in India, 1947 1971 documents and analyses the efforts of the Indian State to rehabilitate the refugees migrating to India after the tragic partitioning of the subcontinent. While Partition and borders decided the physical contours of India and Pakistan, the rehabilitation programme in both countries was more than just an administrative task as it decided the crucial issue of being citizens of the State. Comparing the treatment and policies for refugees from West and East Pakistan, this book investigates the priorities of the nascent nation-state in determining its constituents. With special focus on two major refugee cities in post-Partition India Delhi and Kolkata this work examines how far State-defined stereotypes hold true compared to the efforts of the refugees along both borders in rebuilding their lives. A special chapter specifically delves into the conditions of women refugees and their efforts to integrate into the new context. Drawing upon these historical experiences, this book develops the proposition that a successful rehabilitation programme requires close cooperation between the State, the host community and the refugee him/herself to encourage this integration in the new nation-state.