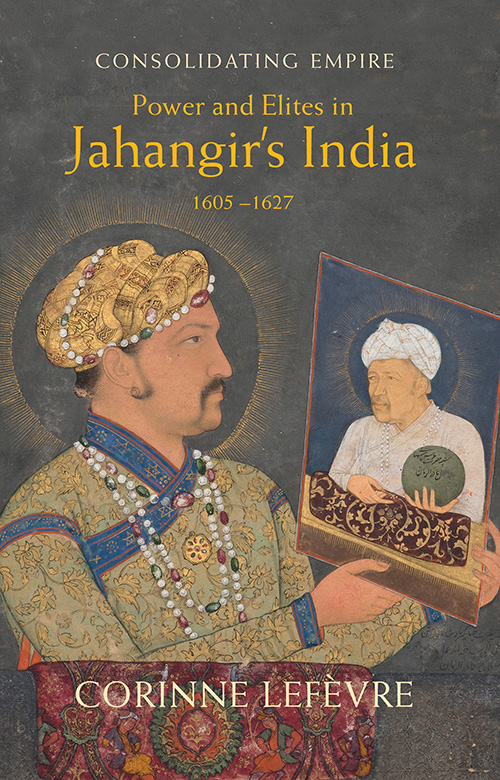 What happened in Mughal India in the quarter century after Akbar’s death? Nothing that really mattered – according to received wisdom. Through a complete re-examination of the reign of the fourth Mughal emperor Jahangir, this book upends that traditional view. Rather than provide a linear history of this relatively neglected monarch, Lefèvre analyses a wide range of imperial and non-imperial texts, as well as vestiges of material culture, to reveal major transformations involving imperial authority, ethno-religious diversity, and state centralism. The book begins by questioning the historiography that categorises the monarch as a political lightweight. By contrast, Lefèvre shows us an intellectually complex, astute, and multi-faceted Jahangir who managed a tightrope act between self-indulgence and the serious business of kingship. More important than looking at the king, she says, is examining the nature of the empire under his reign. To that end, she moves the focus onto the Mughal military, administrative, and religious elites, and highlights how they readjusted to the changing imperial ethos. The book closes with an exploration of relations between the Mughal empire and two other major polities of early modern Muslim Asia – Safavid Iran and the Chingizid khanate of Central Asia. Scholars and general readers will value this thorough and much-needed revision in our understanding of Jahangir and Mughal India. About the Author: Corinne Lefèvre received her Ph.D. (2005) in History from the École des Hautes Études en Sciences Sociales, Paris. She taught at the INALCO University before becoming a CNRS Research Fellow and a member of the Centre for South Asian Studies (CEIAS) in 2006. She has published articles in the Annales HSS, Indian Economic and Social History Review, The Medieval Journal, Religions of South Asia, chapters in edited volumes, and coedited Cosmopolitismes en Asie du Sud. Sources, itinéraires, langues (xvie-xviiie siècle), and Cultural Dialogue in South Asia and Beyond: Narratives, Images and Community (Sixteenth–Nineteenth Centuries) – a special issue of the Journal of the Economic and Social History of the Orient.