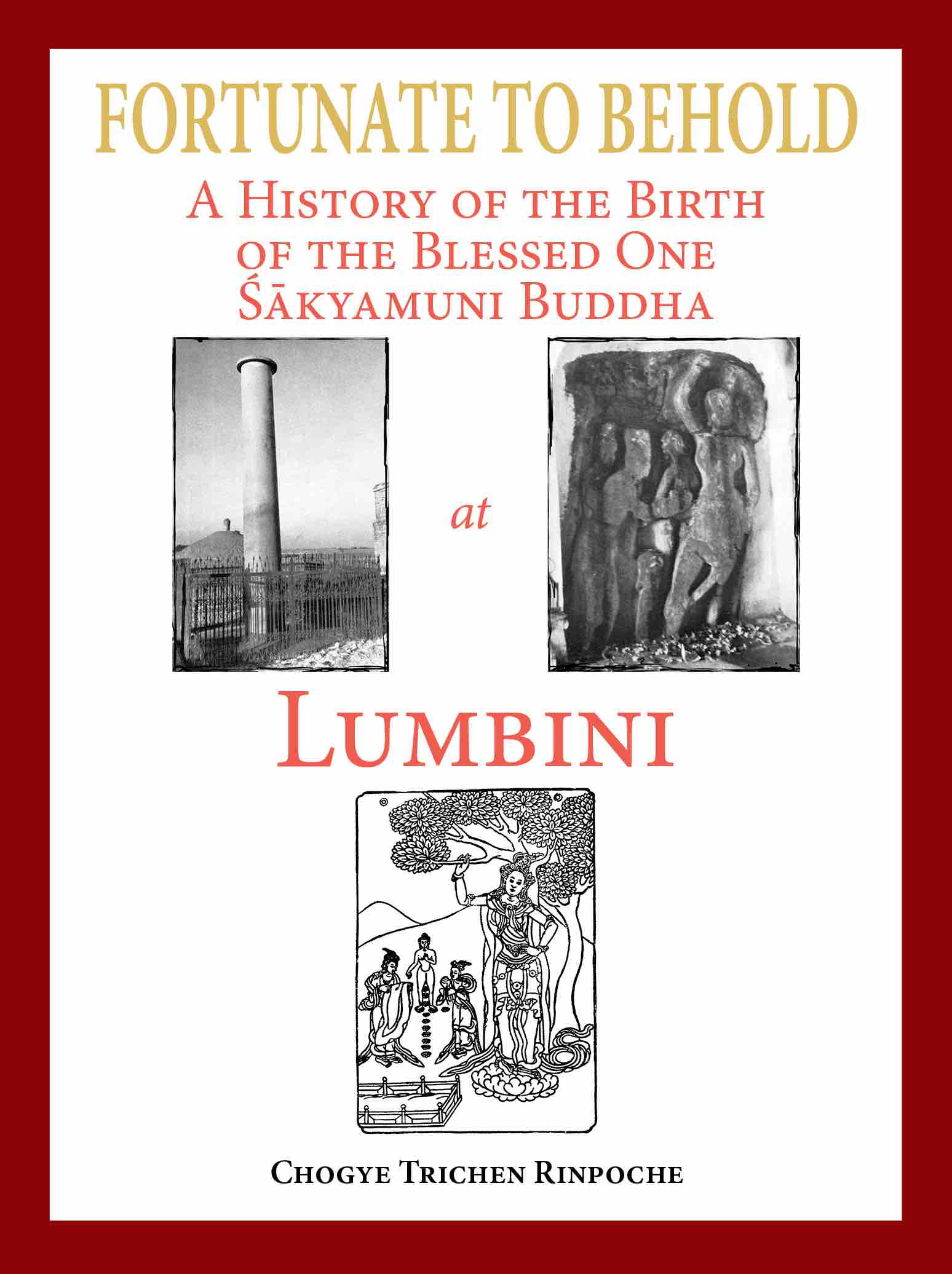 Fortunate to Behold: A History of the Birth of the Blessed one Sakyamuni Buddha at Lumbini

Fortunate to Behold is one highly knowledgeable Tibetan lama’s brief history of Buddha ??kyamuni’s birth in the Lumbini garden, told in a way meant to amaze and inspire readers. Later chapters tell about the author’s founding of new temples in Lumbini and Bouddhanath. This corrected version gives a visually enriched version of an original and still very relevant contribution. Contents: Introduction. 1. A history of the Birth of Sakyamuni Buddha at Lumbini: a marvelous spectacle for the mind. 2. Histories of Kapilavastu and Devadaha. 3. Twelve questions and answers. 4. Construction of the Lumbini Monastery. 5. The three-year retreat at the Lumbini Monastery. 6. Recent activities at Bouddhanath. Concluding explanations and prayers. Closing prayers. Endnotes. Bibliography. About the Author: The late Chogye Trichen Rinpoche (1919–2007) was one of the truly outstanding Tibetan masters of his generation or Tibetan Buddhism as a whole. His experience as the founder of the first Tibetan Buddhist monastery in Lumbini led him to become knowledgeable about the aspects of Buddhist history and culture that he considered very important to share here. “Khyabje Chogye Trichen Rinpoche was a very great master and important lineage holder in the Sakyapa tradition. He was important not only for me, but also for thousands of devoted disciples throughout the world.” —His Holiness Sakya Trizin It is a great pleasure to see this expanded and corrected new translation of the late Chogye Trichen Rinpoche’s book “Fortunate to Behold” published by Vajra Publications. Chogye Trichen Rinpoche was a very important figure for Lumbini from the 1970s on; he and Ven. Bhikkhu Aniruddha were the first to receive a plot and construct monasteries there. To meet Rinpoche and his royal guests from Mustang at Losar at his Lumbini monastery in the late 1990s was truly unforgetable. — Christoph Cueppers, Lumbini The Translator The translator, David P. Jackson, had the privilege of knowing and working with the author for many years. A long-time historian of Tibetan Buddhism, he previously published a detailed hagiography of the venerable author’s life entitled Lama of Lamas.