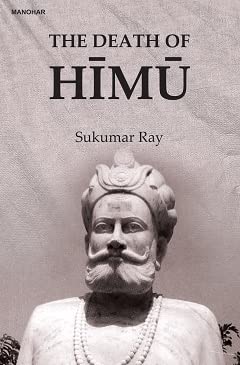 The Death of Himu

This rather slim book seeks to find a satisfactory answer to one of Indian history’s great controversies: the circumstances under which Hīmū died. Hīmū, who had proclaimed himself king after Humayun’s death, was defeated by the Mughal army at Second Battle of Panipat in 1556, which ensured Akbar’s ascension to the Mughal throne. Some historians have discarded the popular belief that Akbar’s guardian, Bairam Khan, killed Hīmū. The Hīmū incident reveals Akbar, as he was in his younger days, when his liberal, wise, and philosophic outlook had not yet developed. The author of this book draws upon several references and historians in this work for searching and establishing the true facts of Hīmū’s death. Indologist and historian Vincent Smith, based on the writings of Ahmad Yadgar and Pelsart van den Broecke, was the first to reject the accepted version that Akbar had magnanimously refused to execute the almost-dead Hīmū, and that in all probability, he listened to Bairam Khan and struck off his head. About the Author Sukumar Ray was a research scholar at Dacca University.