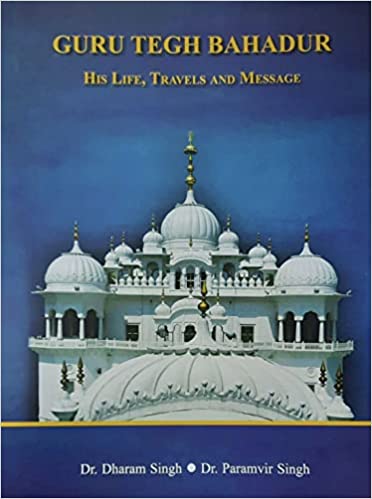 Guru Tegh Bahadur then appeared on the world-scene; Protection h provided to the entire world with his grace; Right to Freedom of religious belief and practice he upheld and thus his saga he immortalized in the kaliyuga. 14. Throughout the entire world spread his glory. As freedom of all religions he protected; All the three realms applauded his saga; The true Guru thus saved their nonour 15. Frontal-mark, janeu and their religious places. The freedom the guru made lasting through his grace, By giving away his life for the sake of dharma; Guru Gobind singh became his spiritual successor.