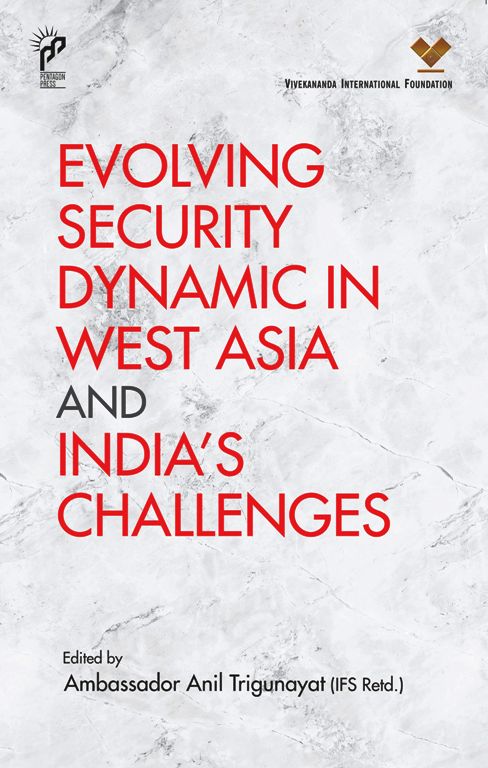 West Asia continues to churn festered by several hot spots including Libya, Syria, Yemen, and Iraq as Arab Spring 2.0 straddles the region forcing socio-economic reforms. The Middle East Process remains defunct as the Israel-Palestine conflict remains at the brink. The region also continues to suffer from the geopolitical, geo-economic, and geo-religious contestations among major powers like Saudi Arabia, the UAE, Turkey, Egypt, and Iran. Qatar has emerged as new `Go To` country. Due to perceived nonchalance and withdrawal of the USA, which was its sole security guarantor, the regional majors have begun to look for some modus vivendi among themselves as they enhance their engagements with China and Russia, and to a great extent, even India. Rapprochement between Israel and some Arab countries like the UAE and Bahrain and Sudan and Morocco have paved the way for new power equations as India, Israel, the UAE, and the USA become engaged in a new Economic Quartet. The winds of change are visible as the Russia-Ukraine crisis casts a new shadow on the regional dynamic. The quest for strategic autonomy is distinctly on the horizon. Over a dozen distinguished authors and regional experts have delved deep into the evolving security scenario in this compendium. This is a book that clinically examines critical security issues in West Asia, offers insights and affords solutions and some policy choices for India in a dispassionate manner. A must-read for policy makers, students researchers and even experts. ABOUT AUTHOR Amb Anil Trigunayat has been a professional Indian Diplomat for over three decades serving India’s national interests across continents from Asia to Africa to Europe and Americas including Russia and USA. Prior to his superannuation in 2016 he served as India’s Ambassador to Jordan, Libya and Malta. He is a regular commentator on foreign affairs and a prolific writer. Currently apart from his association with various Think Tanks, Strategy Groups and Chambers of Commerce & Industries in India and abroad, he is a Distinguished Fellow with prestigious Vivekananda International Foundation , heading their West Asia Experts Group. His key areas of interest include West Asia, Africa, and Russia. He is a Peace Ambassador with Unity Earth, Australia as well as a Rotarian serving the society to the extent possible.