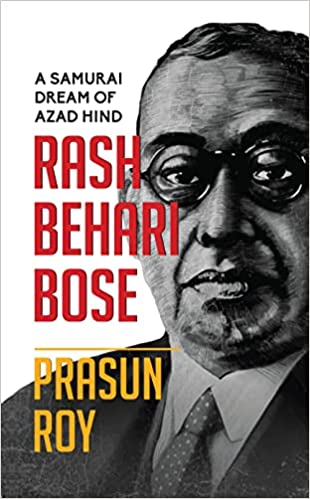 The story of Rash Behari Bose starts in the 1890s when a small boy began to dream the giant dream of an India, independent of colonial subjugation. His were the hands that made the bombs lobbed at the Viceroy of India, Lord Hardinge, in a crowded Chandni Chowk procession in 1912. The attack not only dented Britain’s pride, it forever snatched their hope of ruling a sleepy subcontinent peacefully. Rash Behari then went on to become the mascot of armed struggle to free India; he was a prominent leader of the iconic Jugantar and the Ghadar Party and inspired 1857-like mutinies in 26 cantonments in 1915. Self-exiled in Japan, he gave the call, Asia for Asians; founded the Indian Independence League and later built the Azad Hind Fauj, providing a lifeline to several million POW Indian soldiers in the 1940s. Then, selflessly, he handed over the INA to Subhas Chandra Bose. The book, A Samurai Dream of Azad Hind, is also the story of thousands of other men and women involved in the armed struggle to free India and the extensive support network they created, not only throughout India but globally – from California, Mongolia to Japan. Imagine this at a time before the internet and mobiles. No wonder the British gave up the Jewel in their Crown in a hurry as soon as their war ended. About the Author Prasun Roy Prasun Roy lives with his family in Kolkata and writes in varied genre, including narrative non-fiction, biography, adventure, mystery, thrillers and young adult fiction. With an aptitude to explore human emotions and relationships, Prasun prefers the use of simple language and vivid descriptions coupled with lucid dialogues to bring life into his characters. He is the Director of his family-owned business of pharmaceutical manufacturing and marketing. He is trained in western classical piano and is an avid traveller.