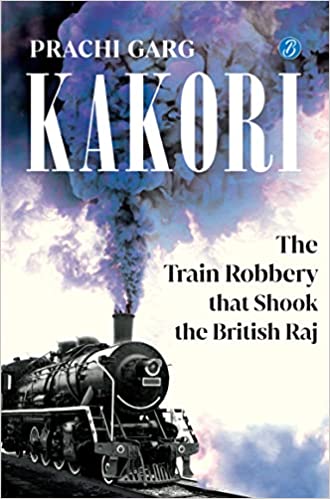 Kakori: The Train Robbery That Shook The British Raj

In the 1920s, a group of young revolutionaries under the leadership of Ram Prasad Bismil, took matters into their own hands to achieve freedom from the tyrannical rule of the British. Bismil and his team set the stage for a defining moment in the Indian freedom struggle by executing the audacious Kakori robbery. This was a direct attack on the British government after a long time, and it rattled them. Revisit the robbery from the eyes of Bismil as he narrates the tale of bravery, patriotism and brotherhood. KAKORI is an intensely-researched, comprehensive account of this historical episode, filled with hard-hitting facts and startling insights.About the Author Prachi Garg is the founder of ghoomophiro.com, and the bestselling author of Superwomen and five other books on entrepreneurship, which have been translated into other languages as well. She has spoken on the essentials of entrepreneurship at various platforms across the world. She is a regular columnist and has been featured in CNN, The Hindu, The Indian Express, Business Today and other major media. She was featured in top ten Indian women who made it big online. She was awarded the Economic Times Inspiring Leader Award 2021 and Adgully Women Disruptor in Technology 2021 for her exemplary contribution in the field of entrepreneurship and technology.